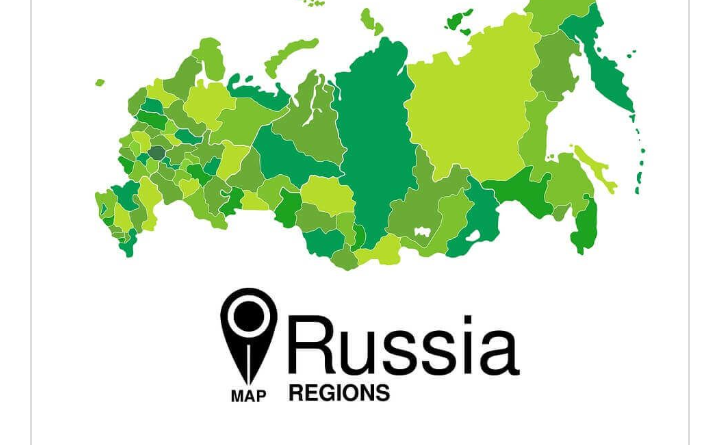 In the world today, most countries have ranked up to be the most largest in the world. Amongst which is the RUSSIA COUNTRY.

Russia is the largest country by Area, population and landmark.

The Russian Population despite it’s large area, has a relatively total population. Its population is still rather large in numbers in comparison of other countries. In mid 2014, it was ranked ninth on the list of countries with largest population. In 2015, the estimated total population of Russia amounted to 146 million people .

Most of the population in Russia lives in the nation’s capital  and largest city MOSCOW. In 2015, over 12 million people lives in the metropolis.

Here’s a chart below of the population: 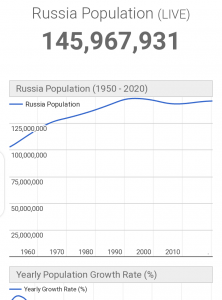 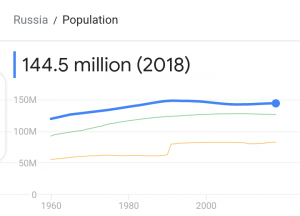 In a surprising change, Russia has arguably gained area I.E if one include Crimea in the count. Where Crimea would add another 27,000 kilometers to Russia already boggling size .