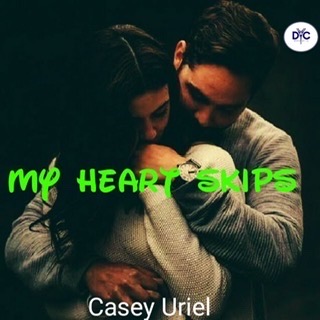 The the next morning, Purple woke up early, she finds her way to the kitchen to prepare some new recipe she found online, she also needs to clean the house before taking her bath and going to Purplin.

It’s been long she visited, she’d only know what she was told by Justina but since the saga of her going into a relationship, Justina has not contacted her, she doesn’t pick up her calls either.

Getting to the company, everyone was looking smart and going about their duties, the company was in good shape, everyone that came in contact with her bowed and greeted her.

Purple’s eyes were as bright as ever, Justina was really doing a good job she thought as she walks towards Justina’s office.

With just one knock on the door, opens the door slightly and walks in. Justina was busy working on some files and probably going through some new designs sent for review.

Without raising her head, she asked “what are you doing here?”

Purple’s smiles and grabs the sit in front of her working table, it’s been a while dear friend, I decided to come to the company to see how it was pulling on.

You should have called” she said scornfully

The contempt and hatred in her voice was obvious. If Purple’s guess was correct then, Justina was indirectly sending out of her company. It’s very hard to believe but nothing was impossible!

Adjusting her sitting position, Purple smiles and clears her throat. “I didn’t know it was so bad to visit my own company unannounced. I guess I should get going, let’s meet some other time Justina”

Justina knew Purple only tried to remind her that the company was not hers but gave a wicked smile still focusing on what she was doing. She was confident that the company would never again acknowledge Purple’s as it’s owner. She’s got everything sorted out.

Back in Benny’s house…

Benny has already informed Daniel that Purple’s parents wanted to see him the next day being Friday.

It didn’t come as a shock to Daniel for despite reaching an agreement with Benny about being in a relationship with Purple, Purple was his bride to be.

Purple and Daniel has been betrothed since they were children.

Mrs Rita, Daniel’s mum, and Purple’s mum have been best friends for a very long time. During the early years of Daniel and Purple, there was a special bond between them. No one was capable of not letting them see each other for a day. The kids though little they are, were so In love with each other.

Purple was only 4 years old when Daniel and his parents left the country for London. She totally forgotten everything about her childhood love.  Daniel was far  older than Purple, he was 7 so he remembers her everyday and every minute.

One morning there in London during breakfast, Daniel has announced to his parents that he was going to make Purple his bride when he was grown up. His parents took it seriously and got the 2 betrothed without the knowledge of Purple. It’s no wonder why Purple’s heart feels strange, different and a little excited around Daniel.

Her heart subconsciously remembers him and wanted to be by his side forever.

No one would dare say this to Purple. This is the only way they could make Daniel and Purple be together.

Purple’s thoughts wavers as she drives, she thought about Justina’s words and cold reaction towards her but didn’t feel bothered about it. Her heart has been pierced to the point that little things like this do not disturb her peace. She didn’t plan on going home so without thinking twice, she drove straight to Benny’s house. At least Benny is yet to betray her trust.

On reaching Benny’s house, the first person on sight was Daniel. The sun was pretty high today and for someone with a color and beauty like his, it was certain that he would glitter under the sun. It was a sight to behold.

Noticing Purple, Daniel wore a broad smile, walks up to Purple, imagined how settled and determined God was when carefully creating Purple’s. Her blue eyes and long African hair, the type of length that hard to find in Africa. It was neatly and beautifully styled, her tiny waist and curved hips and butts is pleasure to the heart of any man.

Seeing how lost Purple was, grabs her by the waist, pulling her close to him. Her breast was first on his chest, Purple had taken off her bra back inside the car, she wasn’t a bra person. Her boobs were firm and pointed so there was actually no need for bra. Holding her neck with the other hand, bends a little and locks his lips with that  of Purple, she responded almost immediately as if she has always longed for it. Someone could easily say, Purple had been Bewitched by Daniel.

Purple wasn’t a cheap girl… One reason she hasn’t been in a constant relationship. Through out last year she was in and out of relationships. Sex has been one of the major reason for break-ups, No guy would stay with a lady who isn’t ready to give sex. This is Nigeria!!!

As the kiss got intense that the almost ran out of breath getting engrossed in each other, Benny’s voice was heard calling out to Daniel.

Benny was unaware about Purple’s arrival and it time for poem recitation with the kids so she had come outside to inform Daniel. Daniel was fun to be with so they had a pretty close relationship but on getting there,  got the greatest shock of her life. The look on her face, looked like that of someone who had encountered a ghost.

Benny’s call had called Purple back to her sense as she managed to push Daniel who was unwilling to let go of her, feeling embarrassed, tried to gain her balance, slightly raises her head, locking her blue seductive eyes with that of Daniel and make a serious face. “Let’s go out more often” twists her neck a little, blinking her eyes, walks towards Benny who’s still startled as Daniel turns to look at the pretty lady walking. She looks really pretty from behind. Her butts was a sight to behold, her pink slim fit gown looks really good on her. She was dead gorgeous.