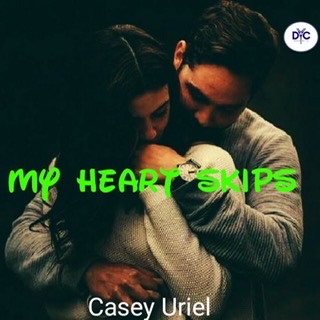 She was distracted by her phone’s vibration, it’s was Justina calling.

Any news concerning Purple spread like air so she won’t be surprised if Justina was calling because she’s seen the life update on internet.

Hello? Can we meet in 3hours time?

What could be the issue? Purple’s heart questions as she says, “yes, just send the location and I would be there”

Purple’s expressing changed… The tone of Justina’s voice was still ringing in her ears. She could only hope nothing went wrong in Purplin.

Going inside the house, takes a shower and wears a white revealing dress. It looked sexy and hot on her as if she were going on a date, she put on a pair of blue shoes, wears a  light and natural make up, carries her purse and makes her way towards the door.

The location she sent was a 1 hour drive from Purple’s apartment so she had to leave home early.

Purple had never been there before, grabbing a sit, Purple stretches out her legs, closes her eyes with the intent of  relaxing and enjoying the feel, just about then she heard a soft voice

“Madam, would you like us to offer you something or take you on a tour around here?”

“No, I’m waiting for a friend. Will send for you when she arrives” Purple replied her as she bows and walks away just then she saw Justina coming towards her direction. The expression on her face was a scary.

Settling down at the seat beside her, Justina says in a gentle tone, what is the news I’m seeing online. How could you be this careless? I’m having a hard time in the office as it is and you bring up another saga?

Purple could feel the anger in her voice that she was trying to suppress but then, she was thrown into confusion with Justina’s words. People are happy with the recent development how could it possibly affect Purplin in a negative way?

As if, reading Purple’s thought, Justina continues. I read the comments online after I heard some gossiping at the office. Some people think that it was staged and a few investors contacted me regarding the issue, they were asking a lot of ridiculous questions. Justina paused and sighs as everywhere fell silent.

There were no emotions or expressions on Purple’s face, no body reaction, she was more calm than ever. Justina couldn’t say what she was thinking.

Purple must be praised for having the ability of hiding her feelings.

It was a long drive. Purple arrived home really late. Benny was already waiting for her.

Thank God you are here she said on seeing Benny

Why, do you miss me so much, huh? Benny whined

Na¡ Justina thinks that having a boyfriend at this time is wrong. She thinks it’s going to badly affect the company’s growth.

Nonsense!! Benny yelled, absolutely nonsense!!! Wait, she said with shock written all over her face, don’t tell me you believed that bullshit.

Why won’t I? She overseas the company, she knows what’s best

Chai! My Lord Jesus! Purple are you hypnotized?

Purple if it’s normal for them not to believe that rumor until you make them believe and put your whole life back on track. I’m certain you don’t want to stay out of Purplin forever

God forbid! Why will I stay out of my company forever? Purple groaned

Exactly! The only thing you focus your time on now, is your relationship with Daniel. Use him to get back everything you once owned. Use him to get back your life. Scratching her head feeling she has said more than enough, begins to undress “I’m feeling hot, I need to take my bath” says as she walks towards the room. She has a room a Purple’s house both most times when she sleeps over, they either sleep in Purple’s room or the sitting room.

It was their first date since they reached an agreement of fake relationship. Purple had called up Daniel and asked to meet him in  a shopping mall. It was the time of the year that Purple normally changes her wardrobe.

While shopping, Daniel felt her distance and discomfort. Like, it was so obvious his presence was making her feel uneasy. She only smiled occasionally.

While eating in a restaurant later that day, the two discussed at length.

This thing can’t work from a distance. How about we become friends? Daniel said Stretching out his hand for a handshake.

Purple looks at him, trying to stop herself from what she’s feelings right now. This stranger is pleasing to her heart. She’s got to stop herself from falling…as she fights within herself staring at his hands still hanging, bends her body over, grabs his neck and kisses him with desperation.

The shock on Daniel’s face was very obvious, his eyes were about to fall off. For a while, the world was standing still.

The picture of her and Daniel kissing caused a lot of commotion online that evening.

Clicking onto the headline, saw photos of her and Daniel kissing, followed by a little text. She forwarded the link to Benny who smiled, jumped from her bed and immediately went to find Daniel.

As Purple went through the comments, her phone rang. Mr Bernard was calling her. If he hasn’t called her for so long only to call her today means he saw the pictures online. Picking up the call

“Baby when are you bringing that man home, he looks so cute”

Friday afternoon Hun, bring him home, your mummy will personally prepare the foods and veggies and juice herself

Mum, Purple stammers, before she could say more, they bid her goodbye and ended the call

Purple went pale, she had told Daniel she didn’t want to see him for the time being. What will she do now?  This is sick.