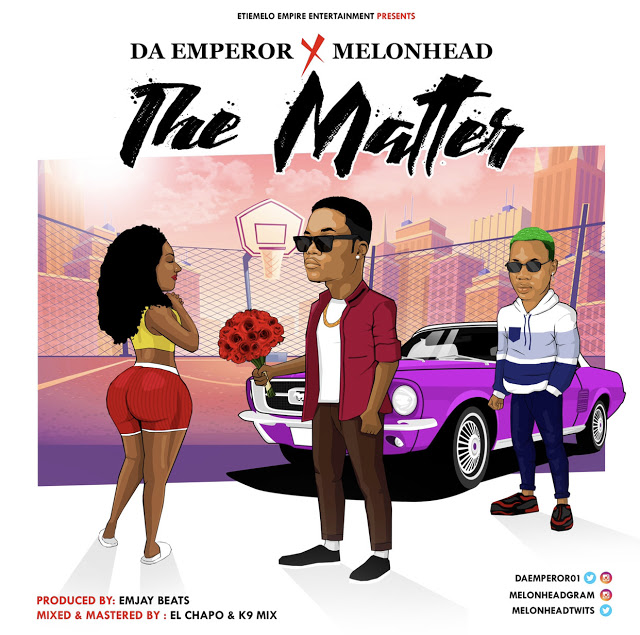 Indigenous rap artiste Da Emperor introduces new kid on the block “Melonhead” formerly known as “Boiya Drizzy” in this beautiful song titled “The Matter” … a perfect jam for this quarantine / isolation season.
Da Emperor who has in the past released popular songs which gained airplays and love from o.a.p’s and the world, examples of such songs includes : Da Emperor ft. Oritsefemi – Firewood, Da Emperor- I’m a sinner , Da Emperor – para mode , Da Emperor ft. Small doctor – Aganran amongst many others.
Da Emperor is also the ceo of Etiemelo Empire Entertainment.
Da Emperor who scheduled his Da Emperor live in concert 1 (DELIC 1) for April 12th will reschedule and postpone due to the vitality of the covid 19 pandemic, however this song will serve as a compensation pending the time a new date will be decided for the concert.
I solicit your love, AirPlay and support on this project, thank you for always. Thank you very much in anticipation. GOD BLESS YOU, I’m very GRATEFUL
https://en.m.wikipedia.org/wiki/Da_Emperor
Twitter, instagram, Snapchat: @DaEmperor01
Twitter: @Melonheadtwits