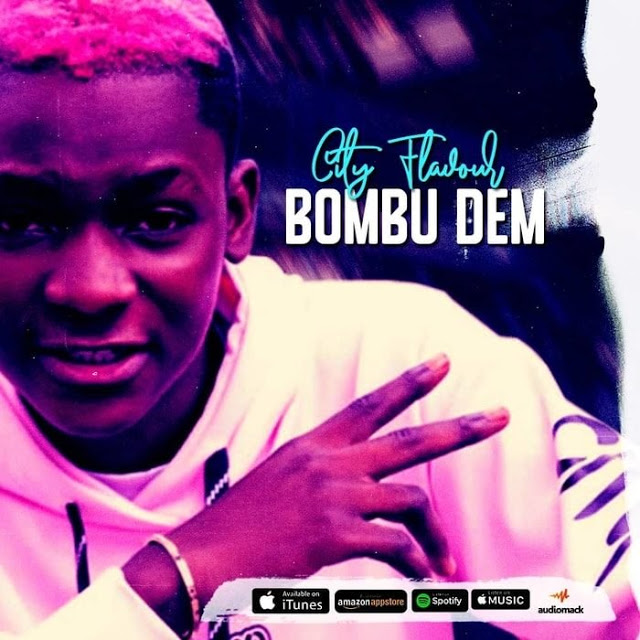 Fawas Olaitan Thompson aka City Flavour aka Tyga aka ‘Colourful Boy’ aged 17, is an Afrobeats Rapper, singer and dancer from Ojora kingdom Apapa Lagos and a indigene of Oyo state.
City Flavour did not despair and fate would strike again ‘One day, I just woke up, opened my Instagram page and saw GBT Auditions Competition, so I registered for it and I won it’ and the LoudNProudLive ‘Freestyle Thursday’ rap battle clash and cash prize the following month.
Days later, City Flavour Met with E-Money, Chairman Five Star Music visiting his local area. He was signed on the spot. The rest as they say is history.
City Flavour new hit single ‘BOMBU DEM’ has gone viral.
City Flavour….Africa to the world. Follow Instagram: @city_flavour
For bookings /press/interviews: cityflavourbookings@gmail.com Whatsapp: +2347014488538
Listen & Download “City Flavour – Bombu Dem” below:-