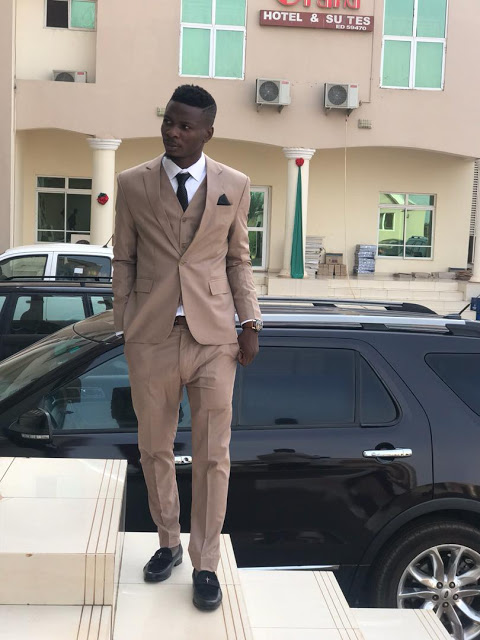 In an emerging world of Young Entrepreneurs, and young people disrupting the digital space with all sort of ideas changing the world is Babatunde Oluwole also referred as Worule. With over 18 years in the world of Entertainment, Oluwole has carved a niche for himself in a highly competitive world. Starting out as a music blogger working with the likes of Kennis music back in the days. He went on to become a strong force to reckon it. Learning from the very best himself, he started to work hard in the business of Entertainment. A Graduate of The Osun state College of technology Esa Oke, Banking and finance. Oluwole started his own music public relations and advertising agency and began to work with up and coming acts to shoot them to stardom. His tenacity and passionate attitude to this earned him a reputation amongst music stars in the country. He has worked with Artiste like Reekado Banks, Jaywon, Mode Nine, Blac Iq and so on. Worule as he is called by friends, graduated from just Music PR to co founding a Digital music distribution company. Dixtrict Media. Through this, he has been able to contribute to the revolution in the music industry i.e using technology to ensure proper monetization of the intellectual content of Artiste in Africa. In few years, Oluwole had moved from a struggling music blogger to creating a Media Empire with a top office in Victoria Island. Apart from the employment created, Wole has also been able to mentor several youths and has given lectures about Media Entrepreneurship development round the country. Wole has constantly showed his passion for Youth development. To show his dexterity and diversity as a Critical Young Entrepreneur, Oluwole went out to found a Property and Agricultural company and Speaking about why he diversified into housing, Wole noted that Nigeria is far behind in terms of Housing deficit and it had become an emergency to immediately start to make the solid plans for the nearest future. Wole has also began to prepare massive investment into Farming. Being a Man who comes from a generation that were farmers, Wole believes that Farming is the future of Africa. Farming is the first profession established by God and also the practice of our fore fathers. Thus we as Africans must return back to our first profession. Oluwole Babatunde’s story is an inspiration to many struggling African Youths. His struggles, and determination to rise above the challenges that befell him several times in the course of his journey is something to be studied.