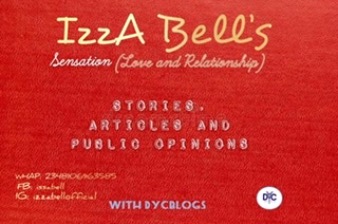 What can you say about guys who want a serious relationship for the cookie(pussy)
So I went to the salon to make my hair, one of the lady there said something that strike my attention. She said her boyfriend broke up with her and a new guy is asking her for a relationship. This new guy is making it seem like he wants a serious relationship so as to get the cookie(sex)she said it’s same thing her ex did just so he can have sex with her whenever he feels like, then when he was done using her, he just dumped her. Which makes me wonder, if that’s 💯 percent correct? Do guys really date ladies because of Sex? I don’t know if I should believe that some guys date ladies only just to have sex with them and they can go as far as making it seem like they want a serious relationship with them(this is wrong)

Don’t get me wrong but if I may say some guy have Guinue intentions the first time they approach a lady (this men are few)so the question is what happened and what what change?! why didn’t it work and why do ladies later have this impression that guys only date them just to have the cookie (sex)even when the guy was Genuinely attracted to her at first …I have 2 assumptions..

Like the salon lady the second guy now she is really taking her time to understand and know his intentions, i know this is not 100% helpful, thats when prayers comes in. Don’t rush into any relationship. 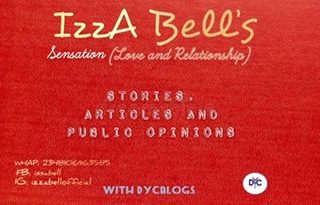 Izza Bells Sensation – DO YOU VALUE YOUR RELATIONSHIP