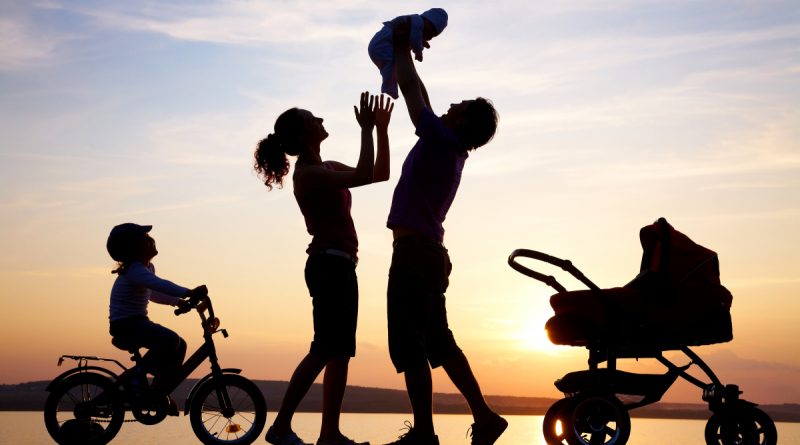 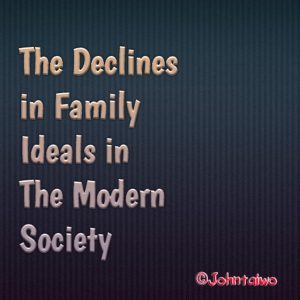 Indeed, change is a constant human phenomenon that cuts across various spheres of  human life. Although these changes may vary with respect to individuals, it is the reality of every human beings. In fact, it is the reality of every ideas and concepts that exist in that the human perception of ideas and concepts has changed overtime. Love is no longer mutual and hatred has become a societal virtue; this is partly due to the busy state of everyone faced by the reality of the world we live in. Unfortunately, these changes, as influenced by the supposed modern day ideals, have delved into the family so that the one time family of love has now become a veritable ground for solitary confinement. With little or no love in the family again, there has been decline in the family ideals that was once appreciated by all and sundry.
First and foremost, the divorce rate in the 21st century has come to be a new normal. The normalcy of divorce in recent time is certainly a thing that should bother everyone, but it seems everyone is busy settling scores with their respective families. Forgetting the oath of allegiance, couples build upon each others’ differences as if these differences never existed before. Thus, a levelled playground for politics is created within the family. Consequently, each party begins to blame the other; pointing out one or two vices, and just then, the ultimate goal is achieved, divorce. Although divorce may be the last and best option in certain cases, it will be wrong to judge that majority of the divorced relationship had no other option, as some are just a means to an end for couples with ulterior motive for divorce. Where then are the promises of betrothal?
In addition, the occurrence that follows divorce is mostly that of single parenting. Having become autonomous and back to “singlehood,” each party goes their respective ways not sparing each other the debate on “who should take the children?” Mr. or Mrs.? These debate soonest results into “hot” argument and the children become some materials to be “divided,” and once a sharing formula is arrived at, the journey of single parenting begins. Single parenting, simply put, equates the parenting skill of two individuals (father and mother) to that of one individual. The stress of single parenting itself is enough reason why many have become a threat to the society- This is not because an individual cannot take up the responsibility of seeing to the child’s or children’s welfare but because many victims of single parenting were, at one time or the other, left to decide their own way of life with little or no parental guidance. Hence, the importance of parental guidance; a determinant of the child’s “future.”
Regardless of the way things may be, certain questions need to be answered on the possible causes of this family decline. These questions in relation to divorce will be “Could it be as a result of the failure to realize certain truth before marriage or the realities of marriage which is opposed to expectations?” Or perhaps the perceived absurdity of having to spend one’s entire life with just one individual in response to some matrimonial oath? In conclusion, it will be okay to judge that there has been a decline in the family ideals with divorce and decline in parental guidance being the order of the day. Perhaps, this decline is to establish the imperfectness of humans. But, are we to embrace this decline as a new normal or address them not minding whose horse will be gored.
©Johntaiwo 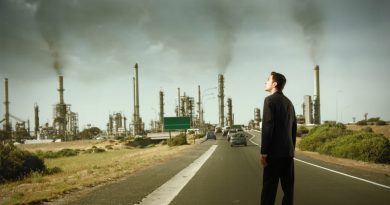 HUMANS AND THEIR CONTRIBUTIONS TO CLIMATE CHANGE – BY JOHN TAIWO